I had a dream several months ago where I visited my mom at her old job. She worked in a National Park and had to live in an RV onsite.

In this dream, I was sitting inside the RV with her when a man knocked on the door. She opens it to meet this salesman type guy but... his face is very cherub-like, and unnervingly pale. I would say a fish belly white.

I felt like something was wrong. My mom, sensing the same thing, told me to run.

I jumped out of the RV past him, and he just slightly turned and followed my movement but otherwise did not react. He maintained that smile and turned back to my mom.

She grabs the man by his neck and begins strangling him. The face does not change. As she chokes it, something bizarre happens - his neck.... belongs to elongate.

The more she strangles him, the longer and noodle-like his neck becomes. She wrestles the thing into the RV, and manages to grab onto a hatchet nearby.

The dream ends as I look over my mom's shoulder. She's panting and terrified, and on the floor is the separated body and head of the cherub-faced salesman, its noodle-like neck severed.

Dark. Too dark for children.

Yet here they were, crossing beneath the uptown cliff toward home.

"We need to move faster." One whispers, the group pressed together in the cold of night.

"The Laughing Man will find us." Another whimpers, clutching her older sister's hand.

"Yeah - he's a ghost and lives in the shack up there." 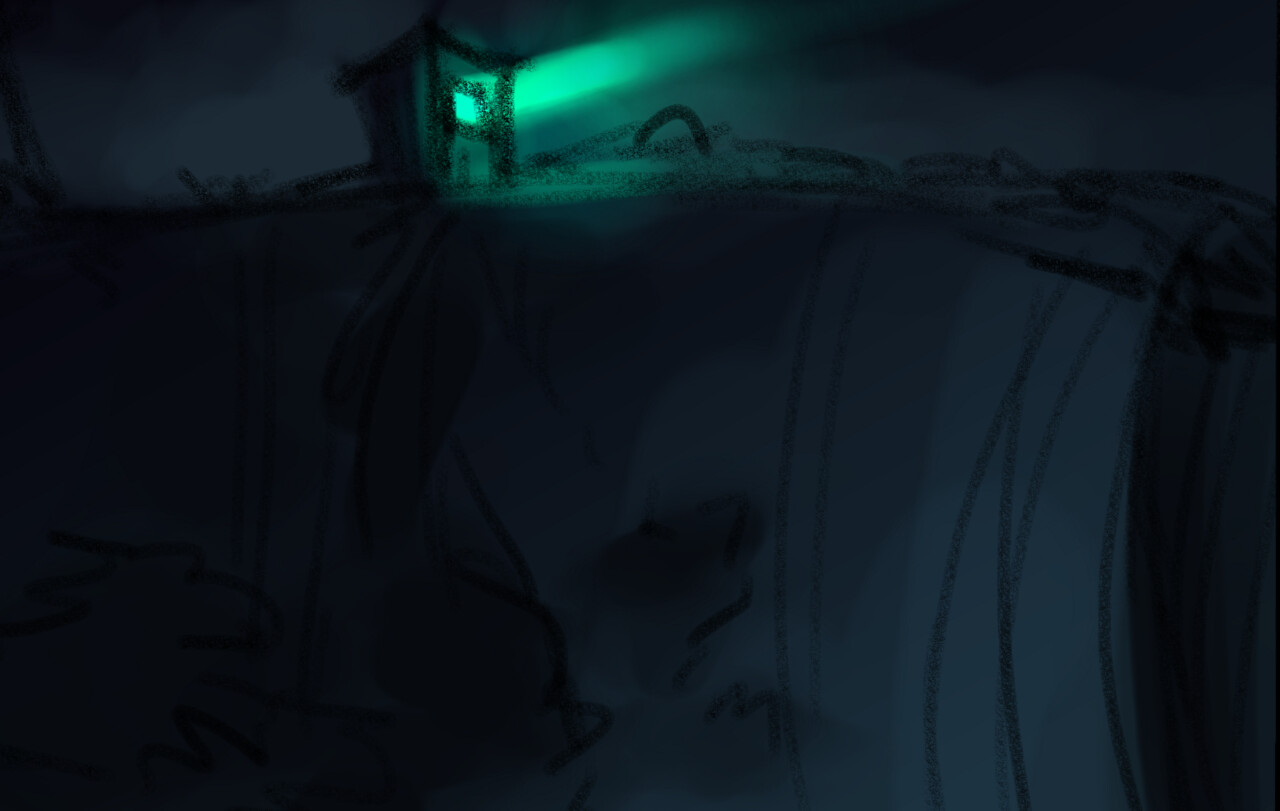 Another dream I had.... the only visual I recall is this glow from a shack on a cliff, reminiscent of the uptown/downtown topography of the city I live in.

Her quinceañera had been everything she had hoped for. After the laughter and dancing ended, she walked with her father through the jungle underbrush. Life had been the last year, losing her grandmother and then her own mother soon after. Father and daughter held hands, speaking in low tones of the hopes for the future, despite the shadow cast on their family in the previous months.

The long walk felt wrong as they reflected together on what the previous years had wrought.

Lost in the jungle, she ripped herself away from the sudden and ferocious grip of her father.

She runs, runs and runs until her lungs are both cold and hot, and empty. She finds refuge within an old mill house. Darkness swallows her, and she stifles sobs while blindly feeling her way through the building. A creak causes her heart to stutter. She is paralyzed. Something in the dark turns ever so slightly. It's nothing, it's nothing. Then light; the door behind her opens. Terror floods her, not for her father having found her but for the dismembered legs twisting in the dark, tied with ropes to the spokes of the old mill. 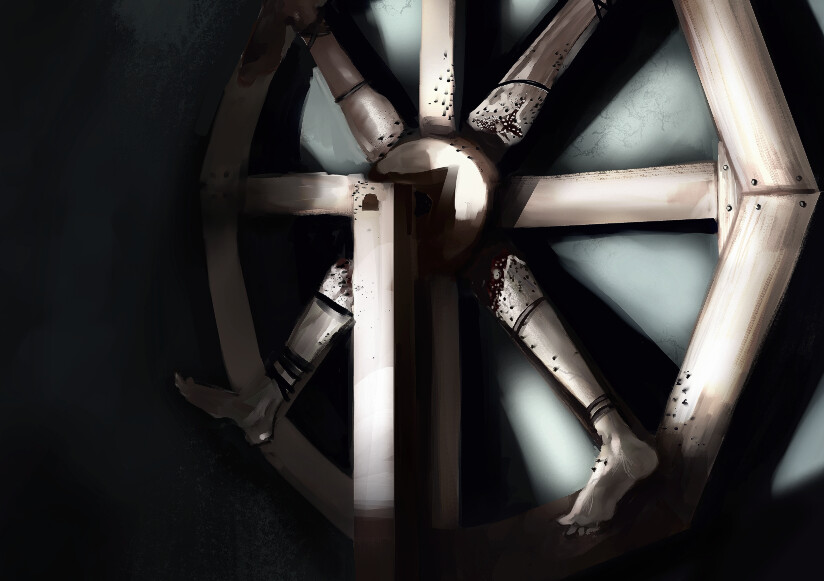 I have very visceral, dramatic dreams. I've finally begun to jot them down in a "story" format, along with an image. I hope to do more of these. I had originally done a drawing of this dream for Inktober. 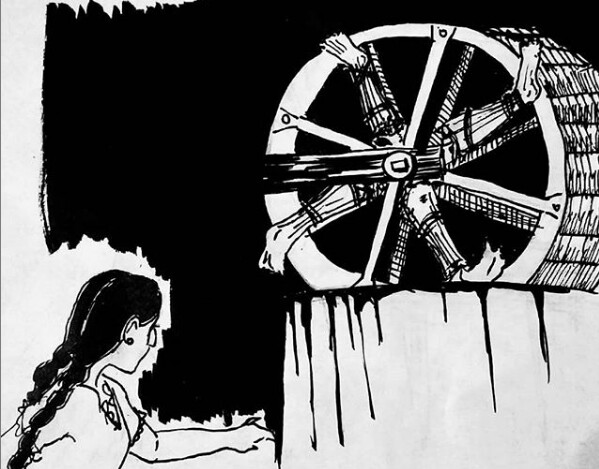